Proposal to request funding of 1,500 $UMA tokens to build a Dune analytic dashboard for UMA DAO.

There’s a lot of rich data that’ll be useful to everyone in the UMA DAO ecosystem.

SQL lines will be submitted as a pr to UMA’s github repo.

1, 500 UMA will be sent into an Administrative Multisig managed by Risk labs.

at the completion of the dashboard. Remaining 500 UMA will be held by Risk labs.

I will keep updating the dashboard based on changes to contracts and to reflect feedback and requests. After 6 months from when this proposal passes, I’ll request the additional 500 UMA tokens. 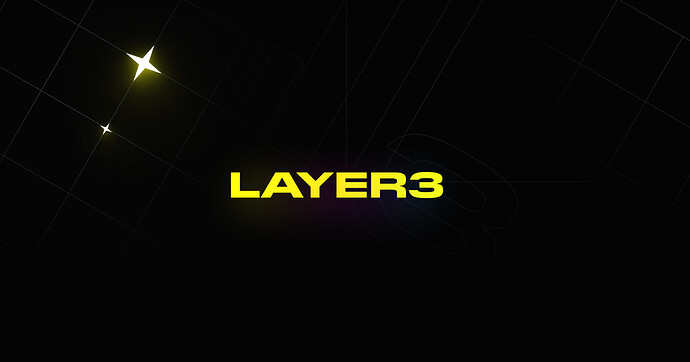 Earn crypto by contributing to Dune Analytics. Free crypto analytics by and for the community

Posting this as an UMA DAO member

Edit on 10, July '22
Included the text `Posting this as an UMA DAO member for clarity.

Thanks for posting a proposal. A couple of quick thoughts/feedback-

1.) I know you have previously been compensated, employed, or affiliated with UMA, Risk Labs, and the SuperUMAns. In both the UMA discord as well as here you are listed as an admin or part of the team. I think it may be beneficial that along with the proposal you clarify if you are just posting and acting as a DAO member or if there is any overlap with other roles or renumeration. I don’t think there is, but would be good to confirm.

2.) I think the dashboard and metrics are well thought out and do think the tool would have utility for the UMA DAO as well as the amount being reasonable. I am supportive of the dashboard being built and the compensation for it.

3.) My main feedback for this proposal (and future similar ones in nature) is that I would like them to be structured more like a bounty for anyone to try and participate in and be compensated for. I think this would allow for some competition and potentially heightened quality of the dashboard in this case. I recognize you likely have put in some prep work, but after seeing this commentary in the discord that you are 95% complete with the tool (Discord), I have hesitation funding this directly to you instead of opening it up to anyone wanting to try to do this as more of a bounty structure.

Hey @EAsports, thank you for your feedback.

While I mentioned that I’m 95% complete with the tool, I’d like to also mention that I have spent about a week and half building and fine-tuning it.

So, I’ll keep my proposal up but I think for future proposals, we should go through this route and we should also set up a process for getting these kind of bounties set up.

Posting this as an UMA DAO member.

Thanks @henry. I appreciate the clarification that this is purely from the perspective of an UMA DAO member.

I recognize and appreciate that you have put time and effort into the work already for the dashboard, but would want this to be an open bounty to personally support the proposal instead of directly sent to you as a payment.

I think there is a good chance given the thought and prep that you would “win” the bounty with a submission, but I don’t like the idea of the DAO paying for something to a individual (even if valuable) that was not an existing request or something that limits competition or ability for anyone to try and submit a solution as I think it helps with quality, value, and opportunity within the DAO structure.

I agree with you that a bounty is better. But I think that given this isn’t side-stepping an existing process (UMA DAO doesn’t have a bounty for this, nor any agreed-upon bounty process other than this gov forum) we should consider the proposal as it stands today, and use it as a motivation to consider such a bounty process for the future.

Looking through this proposal i’d say it’s well detailed and has a good bang for buck. The proposal promises a large amount of valuable data for a very modest and reasonable amount of funding.

@EAsports regarding your concerns about it being a bounty instead, i feel this should be viewed from an angle of value instead. For me, the necessary question that should be asked is if this dashboard is valuable enough and worth the amount required. Another thing worthy of note is the fact that is that the payment structure is fashioned in a KPI manner thereby making it have my support as a uma DAO member, tokenholder and voter since the funds don’t get paid out until completion and verification of the deliverables by risklabs.

Lastly, changing this to a bounty would have been justified if the idea for the dashboard was birthed and requested from the onset by risklabs or the uma DAO but in this case the poster took out valuable time to come up with and work on building a valuable tool for the DAO. It would be “unfair” if this was made a bounty as the poster would stand a risk of losing which would result in all of the ingenuity, hardwork, effort and time of the poster all going to waste.

The result of the temp check was

The proposal has gone forward to a snapshot vote.

If the proposal achieves 51% of votes with a quorum of 10% of the circulating supply it will go forward to the UMA voter dapp for UMA tokenholders to vote on-chain.

The final results on the snapshot vote for this proposal were

This proposal will now go forward for an onchain vote