One synth that tracks the purchasing power parity of USD/ CNY

; another that tracks GBP/ EUR using the Big Mac Index of the Economist.
[GitHub - TheEconomist/big-mac-data: Data and methodology for the Big Mac index]

These assets should question the performance of GB after the Brexit and the rivalry of China and the US. The index is compiled twice a year. A marketing bonus could be an article in the Economist.

Thanx Tomo for bringing up the idea.

I think thats a really cool idea, and yeah, an article in the Economist would be amazing.

Would a twice a year update be sufficient for a price feed tho?

One specific problem for using the big mac index for a Euro/GBP synth is that it seems Belgium is an outlier in the Eurozone with a big mac at $5.09, while most (all?) of the rest Eurozone is priced at $4.99.

I guess this would need to be a Big Mac Index Future, recursively referencing its own price (a la uGas) until it ultimately settles on expiry after the Big Mac Index is published?

Would a twice a year update be sufficient for a price feed tho?

Indeed the low granularity makes the Big Mac price a cute wrapper around a forex pair, to state it bluntly. Forex pairs need leverage to be interesting for traders.

One specific problem for using the big mac index for a Euro/GBP synth is that it seems Belgium is an outlier in the Eurozone with a big mac at $5.09, while most (all?) of the rest Eurozone is priced at $4.99.

I think we could easily take the median price and thus probably leave Belgium out. Another thing is that I always take a meal as a separate Big Mac is relatively pricey.

The initial thought was to track the Purchasing Power of USD and not the PP parity to another currency. Although 20% of the total supply was created last year alone, the demand for the USD seems to be ever growing too. Both in forex markets and crypto it is completely dominant. China first needs to establish the Yuan as a reserve currency by becoming as transparent as the Fed.

Hi Pemulis, thanks for your reply! I think they just take the exchange values at the time of compiling unlike uGas where a median price is calculated. But surely this could be done also. Would it make the synth more interesting do you think?

Ah right - so you effectively have a relatively stable metric to compare two other currencies against.

Like you say, its very cute, the ideal hamburger themed meme coin, and backed by a mainstream economics publication, and very simple and easy to understand.

I may be biased, but I think a Euro/GBP pair would be most interesting. The effects of Brexit are already being seen in the UK, shoppers are complaining of higher supermarket prices, import taxes are kicking in and businesses are going to the wall because of the additional paperwork and delays. A lot of it is going under the radar because the Covid crisis is taking centre stage.

Thanks Mhairi! I did some research after I read your comment. There is no extra tax on food imports from the EU by the UK. But there are border controls and these will potentially have a price effect. Good news is that Big Mac’s beef comes from the UK and Ireland. Nearly half of the fresh vegetables come mostly from the EU and frozen potatoes, such as chips, are 99 percent imported from the EU, from the Netherlands and Belgium. The UK imports 48% of its food.

The UK has a starker decline of the GDP than the Euro-area, -11.3% vs -7.8%. The forecasts should be taken with a pinch of salt as we’ll see how the pandemic progresses. UK’s GDP seems more volatile, in November a 5.5% rise for '21 was expected vs 4.2% in the Eurozone.

Forecast
GB’s GDP has significant more reduction, the Pound will probably lose value against the Euro. As the main ingredient of the Big Mac, beef, is local McD’s might not have to raise the prices that much. But probably due to overall import inefficiencies will eventually have to.

3.76 GBP costs the Burger on average in the EUR-zone. Would prices rise to this level and the Pound lose value, and Euro prices stay flat, the result could be that the index stays the same?

Although the beef is of UK origin, this may be impacted by animal feed (about a third of UK animal feed is imported).

What coin is that in your photo?

If someone develops the Big Mac Synth, can’t find a good pic online. I can open one up and scan it for their Dapp if they want to incorporate it in the design. There were a few different designs/coins. I hope I have them all!
My Kids loved me those few days.

I forgot all about putting them up and even having them till I read this post. I still have to find the others. I thought it would be cool to share the pics here for those that never seen them.

Thank you very kind! Yeah the design would be very cool to have!

In reaction to Clayton’s tweet, I post what I came up with so far. Feedback appreciated! Big Mac UMIP-predraft

It would be great if we could get it built in collaboration with the Economist.

Exactly! It makes much more sense to collaborate. It is great for mainstream adoption that Coinbase is on the NASDAQ. UMA and the Economist could be a natural next step.

The UMIP looks like a great start. A few random thoughts:

Thanks Jay, you’re a great help! I changed the formula, indeed I did not find the clarity yours has! And I added the tokens being self-referential.

And @Mhairi-UMA thanks for mentioning the Big Mac Token to Clayton, much appreciated. Let’s see if we can get the Economist interested!

Have you registered for the Hack Money Hackathon. It would be a good opportunity to turn the big mac synth into a product. 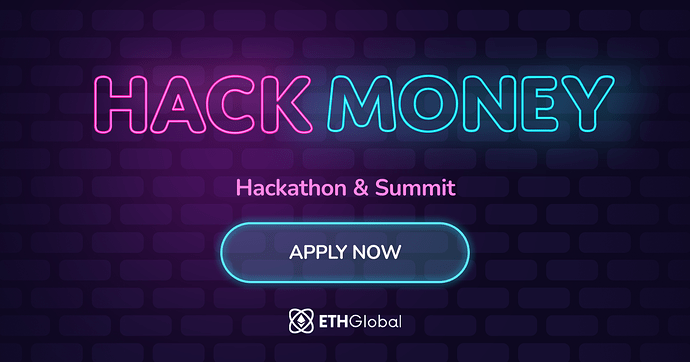 and I can’t promise to deliver anything at this point.